Emil Schutzel was born November 27th, 1929—the year of the stock market crash. Because of a perceived threat of polio, his parents chose to raise the young Emil away from “city kids” on a farm near the Olathe Navel Air Base now known as the New Century AirCenter.

Largely insulated from the effects of the Great Depression, Emil spent many “magical summers surrounded by his two sisters and a menagerie of farm animals. As a young child Emil liked to run barefooted to places on the farm so as the story goes, an early mentor showed him the way Indians were taught to run—using a rhythmic 24 step cadence. This would serve him quite well in later years. 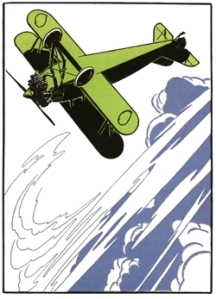 At the age of 11, on a strip of land adjacent to his farm, Emil witnessed the Navy preparing for war. Drawn out on the ground was the shape of of a US Naval aircraft carrier where pilots would hone their piloting skills. Emil began collecting items that fell from the pockets of these pilots as they practiced loop-de-loops in their biplanes. His collection soon grew to include zippo lighters, pocket knives, and other “valuable stuff”. 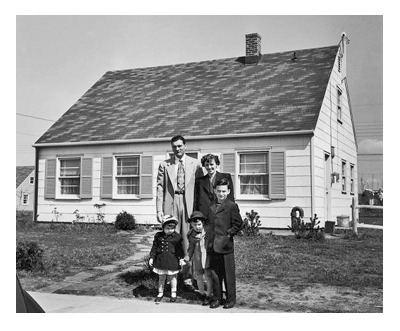 Emil learned the housing construction business at his father’s side as early as 5 years old by picking up “valuable” nails and doing general cleanup. Emil eventually started building his own houses in an area South of the Plaza, which is a part of Kansas City, MO. His business blossomed in the 1950s during the post war “baby boom” years. At one point, he was introduced to a daughter of one of his father’s building suppliers. As it turns out—Shirley caught his eye, they dated, and were married ____ __, 91__.
They had ___kids and now have ___ grandchildren. 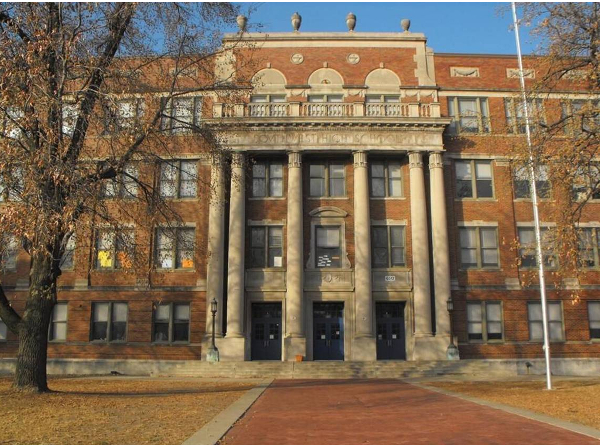 In the 1940s, Emil attended Southwest High School, 6512 Wornall Road in Brookside, Kansas City Mo. There he excelled at track and field events and at one point set the school record in the 200 yard dash with a time of 20 seconds. Later he attended the University of Kansas in Lawrence, KS and joined the track and field club. He ran the 440-yard dash, or quarter-mile. He was also competitive in the Texas relays and the Drake relays.

Always a competitor at heart, Emil switched to bicycling and joined a bike club where he competed in the late 60s and 70s when 10 speed bikes became very popular. Emil recalls having a very talented local bike maker build him a custom bike to his specific body measurements and to his personal style. Many of his fellow cyclists in the bike club did the same. He took part and was competitive in these competitions until the mid 80s.

Emil became interested in creating miniature furniture in the 1990s when his daughter asked him if he could make some pieces for her. Emil became intrigued and became quite skilled at the hobby, most of which was self taught. Some of the many fine examples of his work can be found in the slide show at the bottom of this page.

Emil became a member of HAFFA in the late 90s and has participated in many national  competitions through the years and at times been very successful, winning first place in several categories. Friendly competition between fellow HAFFA Member Gary Hodson and Emil spurred both of the indoor model makers to out do each other by trying to better their times each month by adjusting their planes or coming up with better motor/prop combinations.

To this day, Emil is happiest when he is working on his planes—focused on trying to better his own times with his light weight models, and also when he is giving advice to those who dare to compete with him!

Here is  a video of Emil flying his Mini Stick at the Osawatomie Auditorium, 488 Main St., Osawatomie, KS February 3rd 2018. The time of this flight was 2 minutes 50 seconds. On other flights, it has exceeded over 4 minutes.

Below is a Slide Show featuring Emil. Click the first photo to go to a Slide Show. Use the Esc key on your keyboard to exit the Slide Show. 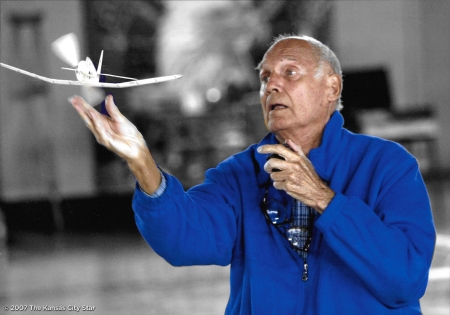 The Kansas City Star featured Emil in their write up about indoor model flying. 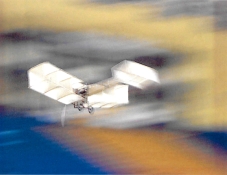 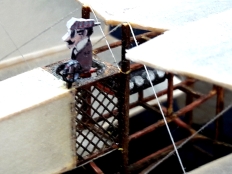 Here is a closeup of the pilot of the 1906 Santos-Dumont. 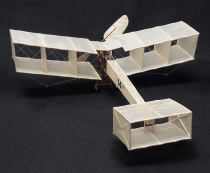 Here is Emil’s peanut size model of the Santos Dumont 14. wingsan is 13″. In 1906 Santos-Dumont designed the first French airplane, a lightweight box-kite plane 14-bis, built for him by the Voisin brothers. The 14-bis  pioneered wheeled landing gear, and in 1906, became the first airplane to fly in public (leading many to believe that Santos-Dumont had achieved the first successful airplane flight). 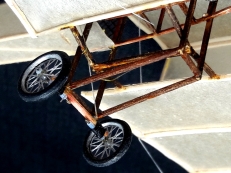 Emil’s “Legal Eagle”. The plans for this plane must fit on one piece of legal sized paper. 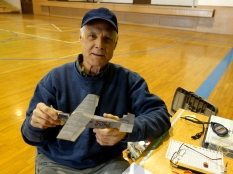 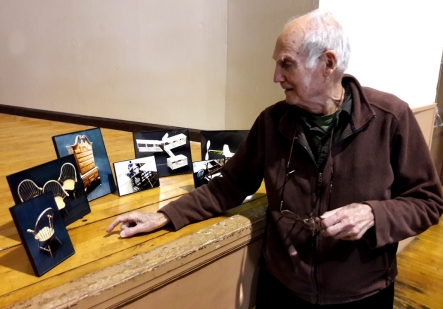 On February 3, 2018 the HAFFA Indoor modelers held a surprise unveiling of a group of framed photos of his work doing miniature furniture in the late 1980s and 90s. 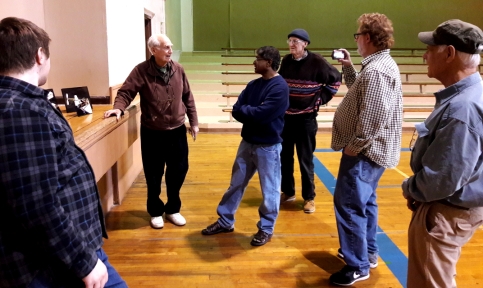 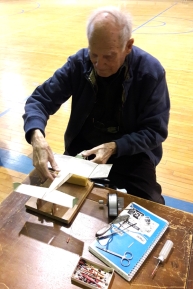 Emils likes the fact that all of the tools and supplies he needs to keep these birds flying gracefully can be housed in very small boxes. 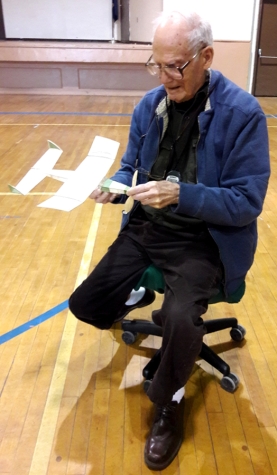 Wound and ready for a flight. 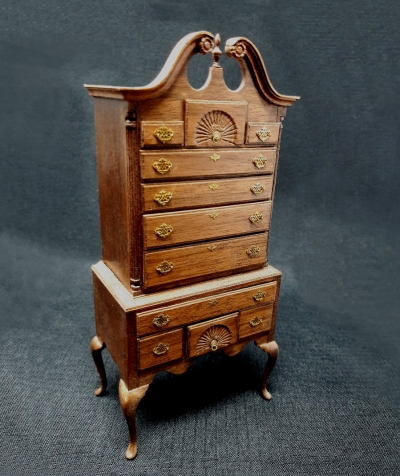 One of the many fine examples of Emil’s miniature furniture. One can’t even imagine the number of hours needed as well as the skills necessary to produces a masterpiece like this. 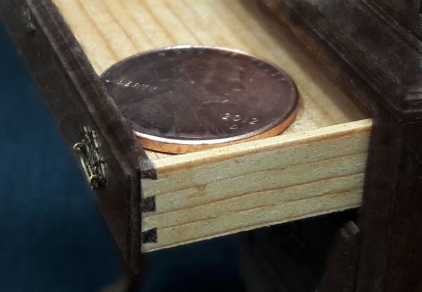 Shown here is a closeup shot of the tiny dovetail joint detail of one of the drawer corners. Incredibly, all of the corners of all of the drawers received the same treatment. 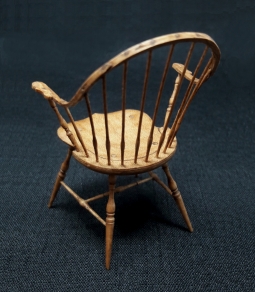 Emil explained that he used plans for a full sized Winsor chair to produce this minuature. The spindles were painstakingly made on a very small lathe. Not a simple task! 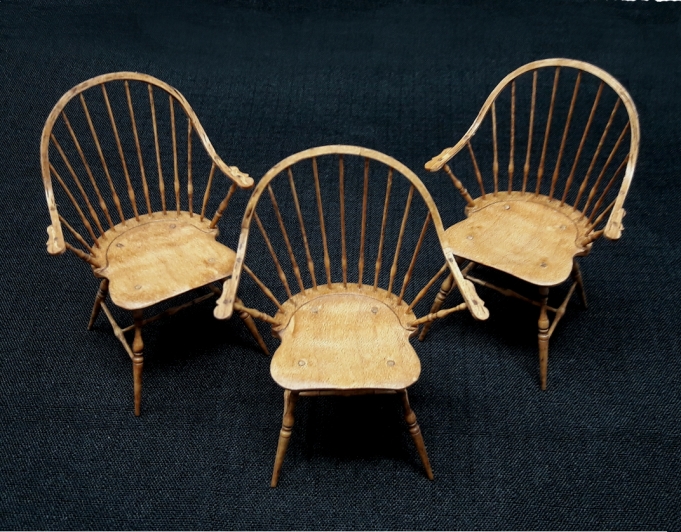 Emil commented that it was a big challenge to making one Windsor chair but a bigger one to make all three to match!

Jeff Nisley is the webmaster of the website Flyhaffa.com and would like to hear from you if you have any comments or suggestions at jeffnisley@ymail.com. Thanks.

If you liked this “HAFFA Member of the Month”, Here is a List of Other Member’s Web Pages: